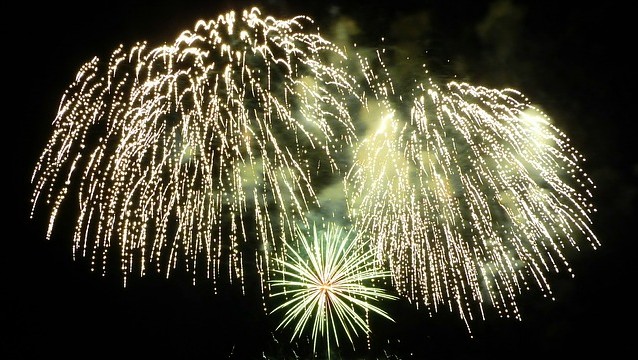 On the Fourth of July we celebrate the anniversary of the signing of the Declaration of Independence.  We also celebrate our founders, and for good reason.  Their wisdom and insight have guided this nation for well over 200 years.

If you have been a regular visitor to this site or have student loans yourself, you know that the overwhelming burden of these loans can feel like a form of financial captivity.  Those with other forms of extreme debt may feel the same way.  Individuals who are really struggling with huge loans, default, or garnishment, may feel a real lack of freedom on this Independence Day.

Even though centuries have passed, we can still apply lessons taught by our founders to our current struggles.

Lesson #1: Respect for the Rule of Law

One of the inciting events that lead to the American Revolution was the Boston Massacre.  At the time many colonists wanted to tar and feather the British soldiers responsible for firing into a crowd.  After several prominent lawyers refused to represent the accused soldiers, John Adams, who would go on to be our second President, was assigned the case.  Paul Revere even assisted in the defense by drawing a detailed map of the bodies.  Adams argued that the mob threatened the safety of the soldiers. He presented to the jury deathbed statements of one of the victims.  This person stated how dangerous the crowd had become.

Of the Eight soldiers put on trial, a Boston jury found that Six were not guilty.  The remaining two were guilty not of murder, but of the lessor charge of manslaughter.

What does this remarkable story have to do with student loans and debt?  Its easy to vilify Sallie Mae and it’s employees.  There is a natural instinct to give into our baser urges because we feel we have been wronged.  Logic and respect for the rule of law must guide our behavior.  Had the colonists tarred and feathered the accused soldiers they would have simply perpetuated stereotypes about the colonies being run by an unruly mob.  If you are struggling with student loans, don’t acted spoiled or entitled.  Such behavior only perpetuates stereotypes and hinders your cause.  Instead, give the customer service representatives the respect that all human beings deserve.  If you think the laws ought to be changed, let logic and reason be your guide.  The Federal government is not Santa Clause, treating it as such will not get you anywhere.  Whether you are advocating your position to your neighbor or your Senator, explain why fairness and the law dictate a certain outcome.  Look past your personal struggles and think more globally.  The founders were able to do so and that seemed to work out pretty well for everyone.

One of my favorite historical details about the American Revolution was the place in society that our founders occupied.  Most revolutions are more of a populist uprising led by people with nothing to lose and everything to gain.  However, the American Revolution was led by our top thinkers and members of society’s elite.  They had everything the lose.  They concluded the Declaration of Independence by saying:

“we mutually pledge to each other our Lives, our Fortunes and our sacred Honor.”

Despite the fact that the status quo would have been lucrative for most of these men and their families, they still felt compelled to act.  Their fundamental belief that everyone had an unalienable right to “life, liberty, and the pursuit of happiness” motivated their actions.

How can we follow this example?  If more people acted according to what was best for all rather than what was best for them as individuals, we could solve a lot more problems.  As a country we have decided that an educated population benefits everyone.  We must now decide how we are going to accomplish that goal.  People who are only worried about their bank account cannot lead this effort.  If you are the CEO of a major bank, you need not oppose each and every law that might result in you making slightly less money.  If you are deep in debt, you need to realize that wiping your debt clean isn’t necessarily in the best interests of the nation.  Our founders put the interests of many ahead of their own, and to this day we are still reaping the benefits.

This Independence Day lets take a moment to apply some of the lessons that our founders taught us.  If we are honest with ourselves and each other, is there any limit to what we can achieve?