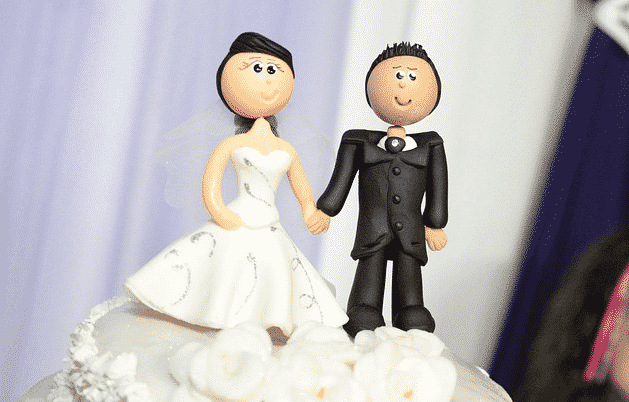 One of the most prominent public policy debates in the United States has been the argument over same-sex marriages.  Because this is a site dedicated to student loans, we will not share our opinions on the topic, with the exception of one important observation and how it applies to student loans.

Despite the fact that it has been a heated debate, most people on both sides of the argument seem to agree on one central point.  Marriage is special.  It is a bond recognized in our laws, our religions, and our culture.  Any impediment to our marital rights is taken very seriously.  In Obergefell v. Hodges, Justice Kennedy noted the importance of marriage stating that:

“No union is more profound than marriage, for it embodies the highest ideals of love, fidelity, devotion, sacrifice, and family. In forming a marital union, two people become something greater than once they were.”

What does this have to do with student loans?

Presently, only students who started borrowing Federal loans after October of 2007 are eligible for the PAYE plan.  Those who took out loans earlier qualify for the less favorable income based repayment plan (IBR).  Borrowers on PAYE are expected to pay 10% of their discretionary income towards their student loans, and if they do so for 20 years, the remainder of their balance is forgiven.  On IBR, borrowers are expected to pay 15% of their income, and the debt is not forgiven for 25 years.  REPAYE would put all borrowers, regardless of the time they borrowed their first loan, on equal footing.

What is the Problem with REPAYE?

On the surface, REPAYE is great.  For many Americans, it will mean more manageable student loan debt.

Unfortunately, it will also put many married Americans in a very difficult position.  Unlike PAYE and IBR, REPAYE payments would be calculated based upon combined household income, regardless of tax filing status.

As the law stands right now, married couples can file their taxes jointly or separately.  If they file jointly, their combined income is used for purposes of IBR and PAYE payment calculations.  If they file separately, they do not get the tax perks associated with being married, but they can use individual incomes when calculating student loan payments.

If REPAYE goes into effect as proposed, it would mean that many couples would face a huge question.

Get Divorced or live with higher payments?

The question may sound a bit absurd, but it would be a real question that many couples would face should REPAYE become the law of the land.

Suppose the husband makes 35k a year working as a teacher.  He has 100k in student debt between his undergrad and masters studies.  The wife makes 100k a year on the small business she started instead of going to college.

Under the current plans, the spouses could file separately and the husband would owe $145 per month on PAYE or $217 per month on IBR.  If this couple were forced to combine their income under REPAYE, their REPAYE payments would balloon to $978 per month, making the $600 per month on the standard repayment plan the better deal.  The change in policy could make getting a divorce worth thousands of dollars to the couple.  (Note: all calculations done using the Department of Education Repayment Estimator)

Numbers of this nature will obviously vary greatly from couple to couple, but one disturbing fact remains.  REPAYE could create situations were couples are financially better off if they were to get divorced, or never get married in the first place.  Based upon the tenor of the same-sex marriage debate, it would seem that as a society we are not willing to tolerate couples having to face this question.

How do we stop the marriage fine print from becoming law?

This month, until August 10, 2015, the Federal Registrar is accepting public comments on the proposed changes to PAYE.  While much of the law is a huge step forward, the fine print for married REPAYE calculations is bad policy.  Let the government know you don’t approve of this change by leaving a comment for the Department of Education on the Federal Registrar.

Commenting costs nothing, it only takes a few minutes, and it could help protect the sanctity of marriage in the United States.