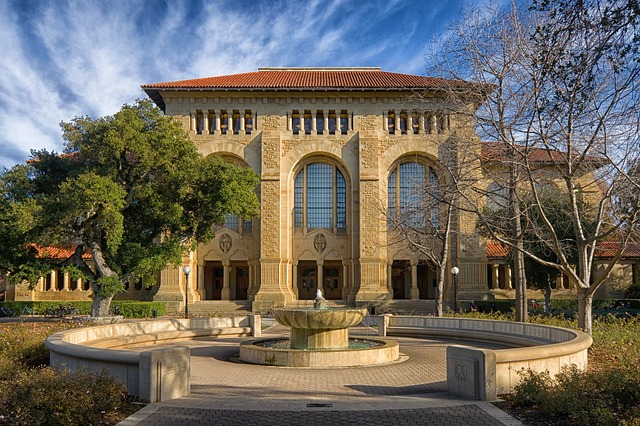 Last week Stanford University announced free tuition for any student whose family made less than $125,000 per year.  For families with an annual income below $65,000 per year, room and board is also free.

Skeptics may think that this now means Stanford University is only admitting rich people, but according to their admissions policy, US students are admitted on a need-blind basis – meaning the admissions committee isn’t told the yearly income of the applicants.

The Stanford need-based program is competitive with those at other elite schools like Princeton, where parents making less than $140,000 do not have to contribute to tuition, and Harvard where parents making between $65,000 and $150,000 pay between zero and 10 percent of their income.

Unfortunately, this program is not something that can be replicated at most schools.  Stanford has a couple things in its favor that most schools can’t compete with.  First, Stanford has a high percentage of wealthy students who pay a very high tuition.  Second, Stanford has a massive endowment of over $21 billion.  The fact that Stanford is sitting on a huge pile of money AND they are bringing in a ton of money each year allows them to offer such a generous program.  This is the case at many other elite colleges that have similar need based aid programs.

What does this mean for everyone else?

First, it demonstrates a growing realization of the perils associated with student debt.  Stanford wants to set their graduates up for future success, and part of the way they are doing it is by making sure they are not going into the world with a huge mountain of student debt.

Secondly, it should be a wakeup call for anyone who is considering a huge undergraduate price tag.  If Stanford, Harvard, and Princeton don’t cost a fortune to a family with a modest income, why should you spend a fortune to attend another school?  The cost benefit analysis should point heavily in the direction of more affordable places of higher education.

What is the catch?

When a program seems too good to be true, it usually is.  This program certainly appears to fit that description, and there is definitely some fine print that potential applicants should be aware of.

First, the free tuition only applies to families whose assets are below $300,000, not including retirement accounts.

Second, students are expected to contribute $5,000 per year – the amount Stanford projects students can earn each summer.

Frankly, both of these provisions seem reasonable.  Students should be expected to work towards funding their education, and families with huge assets are definitely in a better position to help pay for their child’s education.

For anyone from a family with modest income and considering Stanford, this is great news.

For those who don’t have Stanford grads or SAT scores, it is a good reminder of what is out there.  Before you run up a bunch of student debt, make sure you are getting good value for your money.  Otherwise you may live to regret it for a long time.

Most of the ivy league offers free tuition based on different levels of income. These schools are still pretty expensive so the other fees/room and board is more than state schools in total. Depending on the major, it still may be worth it.