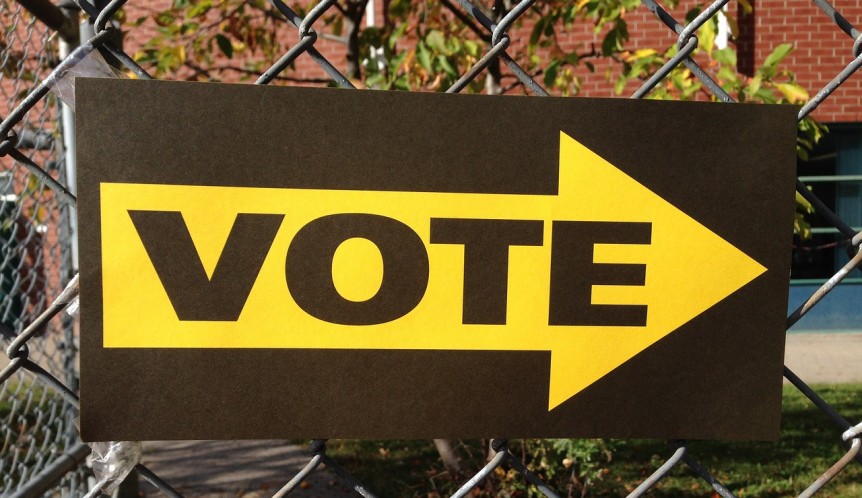 Some people decide who gets their vote based upon one issue alone.  For some it is abortion, for others it is gun control, or taxes.  I used to view these people as nut jobs.  It now occurs to me that I have joined their ranks.

For years I thought it was absurd to vote for a candidate based on one issue alone.  Whether the President of the United States or a state representative, a politician will handle a huge variety of issues, many of which will be of some significance.  What made these one issue voters nut jobs in my eyes was the fact that the odds were overwhelmingly against the candidate being able to make a meaningful difference on that one issue.  For example, changing the legality of abortion requires a Constitutional Amendment or the Supreme Court to change their minds.  Why does it matter what your local state representative things?  Admittedly, there are tangential issues that a candidate could change, but at the end of the day this would amount to a tiny fraction of the work of a politician.  Shouldn’t the other stuff matter?

While I do think issues of foreign policy, health care, or civil rights matter; only one potential topic has a significant impact on my daily life.  Student debt is that issue.  Like many student loan borrowers, I can’t become a homeowner until well after my 30th birthday.  When I can finally buy a house, my mortgage will be less than my student loan debt.  How the government handles this debt and programs that are added or eliminated make a huge difference in my day to day existence.  Practically speaking, the manner in which a candidate deals with student debt will directly affect me more than the way they handle all other issues combined.  Faced with this reality, isn’t voting for any other reason other than student loans against my self-interest?

Before anyone sends angry emails or leaves comments about my selfish and/or short sided point of view, there are definitely a few qualifiers to my one issue voter position.

I won’t vote for anyone who has no business being in the office they seek.  Sorry Kanye, I won’t be voting for you in 2020, it doesn’t matter how much I like your student debt solution.

The actions of an elected official can definitely affect my life far more than any student loan policy.  If Donald Trump is elected and invades Mexico and China on his first day in office, student debt will quickly drop down my list of concerns.

The problem is that it is impossible to tell the difference between candidates.  Who is actually best for jobs?  Who is best on foreign policy?  We might think we have some idea, but between two reasonably qualified candidates, it is a crapshoot when it comes to finding out who will be best.

Student loans are a clear exception.  If a candidate promises lower payments, better policies, or changes to our laws; I can weigh the options.  When we elect a President in 2016, it won’t take an economist to figure out which candidate will do more for student borrowers.

Put more skeptically: colleges, lenders, and even the government have made huge profits on student loans.  I can’t change the past, but my vote is for sale to the highest bidder.