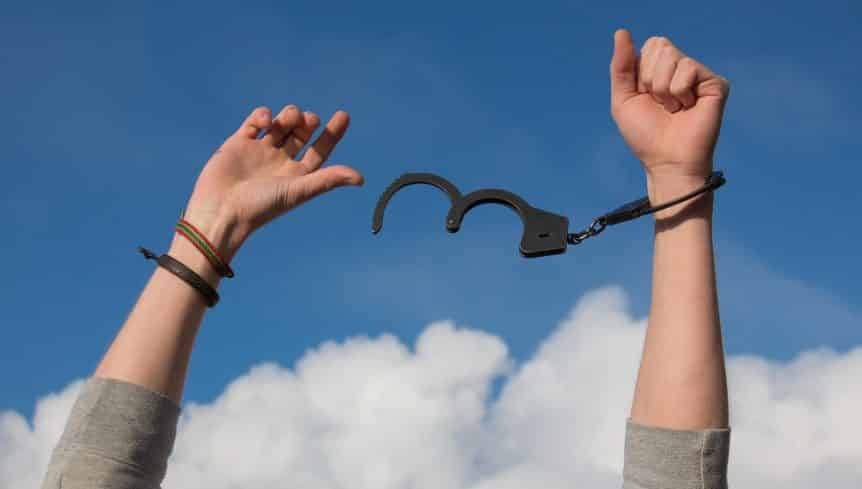 In today’s Ask the Sherpa, we hear from a reader who is paralyzed by her massive federal student loan debt and feels like she had no hope of ever paying it off or retiring.  To help with the hopelessness of the situation, we will take a look at the worst case scenario for the debt and the many ways in which things could realistically improve.

I am sure you get a lot of these questions, but I would be so appreciative for your advice.

I have $295,000.00 in loans (gulp). These were from undergrad and the majority from a poor decision to get my Masters in Acupuncture.

I am in the IBR program and have been for 3 years now.

I make $70,000 gross and will start actually paying next month (before wasn’t making any money). So my IBR payments are $530.00 a month. I hope to keep making more money and eventually 6 figures, but even then I don’t see a way out without drastically changing my lifestyle (eating peanut butter sandwiches).

I am 42 years old, so in another 20 years or so, I assume this will be a hefty tax bill (I imagine 150K). I looked into financing (which would take me out of the program if I went for private) with the government and that would make all my loans a blanked 7.4% interest rate, not too helpful.

I know I can’t sue my Acupuncture school (even though they were criminal) and I accept the debt, but this is really weighing on me. Outside of this debt, I am pretty good, no kids, no mortgage, no credit card bills. I just can’t imagine realistically trying to wipe out 300K in debt with my income. I want to live life too and put away for retirement. I am just a bit paralyzed. I appreciate any guidance you can give.

A Different Perspective on Massive Debt

What if I told you that there was a way to eliminate all of your student loans today?  The catch is that in order for the loans to disappear, you will have to be in a higher tax bracket for the next 25 years.

If Amy were to enroll in the Revised Pay As You Earn Repayment Plan (REPAYE), she would be expected to pay 10% of her discretionary income each year towards her student loans.

The Department of Education calculates discretionary income based upon a borrower’s most recent tax return, specifically their Adjusted Gross Income.  We will skip over the math for now, but someone who is in the 22% tax bracket, could view their finances as though they were in the 32% bracket due to their student loans.

Being in a higher tax bracket isn’t ideal, but it isn’t a hopeless situation.  Looking at student loans as an extra tax will also help with things like retirement planning.

The big issue with this outlook, and noted by Amy in her email, is the huge tax bill that comes after those 25 years.

Without a doubt, it is a major problem.  However, there is a bit of hope on that front.  Support for changing the taxability of forgiven student debt is growing.  We obviously have no idea what the law will look like in 25 years, or even 5 years, but there is a real chance this issue gets changed.

Hoping for a tax law change is not nearly enough.  Smart planning will require being ready in the event that things don’t change.  For someone like Amy, the best bet would be to conservatively invest money each year in order to be prepared for the huge tax bill.  If the bill comes due, she will be ready to pay it.  If it doesn’t, she might be able to retire a bit earlier.

Another issue to watch out for is marriage.  Getting married can have a major influence on how income-driven student loan payments are calculated.  Accepting the debt as a higher tax bracket for a couple decades may also mean your spouse has the same issue.

One of the big advantages of all the income-driven repayment plans is the opportunity to save for retirement… even for borrowers with huge loans.

As noted earlier, income-driven payments are calculated based upon a borrowers AGI.  Contributing to retirement plans, such as a traditional IRA or a 401(k) reduces a taxpayers AGI.  This means that the pre-tax retirement contributions don’t just lower your tax bill in April… they lower your student loan payments all year.

Borrowers interested in finding tax deductions that save money at tax time and reduce student loan payments should investigate the “above-the-line”  tax deductions and their eligibility.

For someone in Amy’s position, setting aside money for retirement in a tax advantaged account builds for the future, lowers the tax bill, and reduces student loan spending.  Thus, even with nearly $300,000 of student debt, saving for retirement is still an option and something that could make a lot of sense from an accounting perspective.

Is Repayment Impossible or Hopeless?

Significant federal student loans are certainly a hardship, but regardless of the size of the debt, federal programs such as income-driven repayment plans and loan forgiveness help ensure that there is a light at the end of the tunnel.  Even in the worst case scenario the debt can be managed and retirement is a possibility.

Sherpa, can you touch on how in REPAYE the Fed is “paying” all or half of unpaid monthly interest work? I can’t find a lot of info on this, and the FedLoan customer service wasn’t very helpful. I know this program does this for some types of loans. Here I wonder how it could assist Amy or someone similar (myself) because it greatly lowers the interest that will build into a huge tax burden potentially. Thanks!

That is an interesting question. From an accounting perspective, I’m not sure if the half of the unpaid monthly interest is forgiven or just not charged at all.

I’m told it’s paid, but it doesn’t ever show up anywhere. I can’t see it on statements. I’d assume if I’m going to plan on forgiveness/the tax burden later, I’d calculate the payoff/forgiven amount at half the interest rate, which makes a HUGE difference. But I’m unsure of this…Thanks!