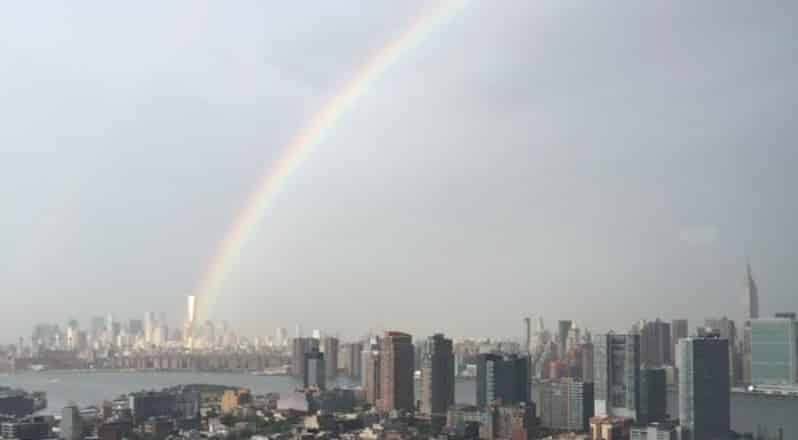 On September 11, 2001, the firm of Sandler O’Neil & Partners lost 66 of their 83 employees in the attack on the world trade center.  Not only was the firm able to continue on, but their actions in the week following the attack created a very special legacy for all of the friends and colleges lost on 9/11.  In those trying and stressful times, they set up a foundation for the 76 children of the 66 employees who lost their lives.  The goal of the foundation: a free college education for all 76 of those children.

To date, the foundation has raised millions of dollars and paid for the educations of 54 children, with 22 children still eligible.  These kids will never have to deal with financial aid or student loans.  They also all receive a reminder, in a very significant way, that their departed parents are not forgotten.

Years after 9/11, Jimmy Dunne, a surviving partner at Sandler O’Neil, was asked about the firm carrying on, the foundation, and why it was set up.  In reply, he said, “Because there was a moment in time to stand up.  Because we believed that what we did would echo for a hundred years in the families of our people, their kids and their grandkids.  Because how we conducted ourselves in those first few hours and days would define who we really were and what we were about.  Because I knew that if we were not honorable, then we stood for nothing.  I remember staring at bin Laden’s smirking face on television, on Sept. 11, and concluding immediately that we would not be intimidated, we would not go out of business, we will come back stronger than ever, and be an example of people who worked and lived with honor.  And that meant taking care of our people and their children with respect and reverence.  So we did that.  We figured what we did and how we did it was our way of fighting idiots like bin Laden.  You want us to fall apart?  Then we will survive and flourish.  You want to destroy us?  Then we will insist even more on acting with honor.  That’s what the foundation was for, is for.  We want our defiance and reverence to echo for a century, so that the grandchildren of our people will know we stood for something, and acted honorably when it really counted.”

Photo Credit: The above photo of the rainbow over the World Trade Center was taken by @leverageagency was taken yesterday, September 10th.

A free college education is wonderful, but not at the cost of losing your parents like that. Still, that’s an incredible thing Sandler O’Neil did. Bend but don’t break.