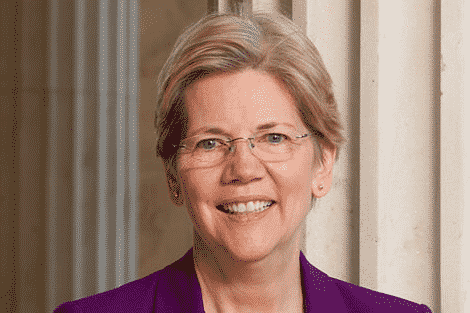 “This exploding debt is crushing our young people.  These students didn’t go to the mall and run up a bunch of charges on credit cards.  They worked hard to learn new skills that will benefit this country. . . . They deserve our support, not an extra tax for trying to get an education.”

These words, spoken by Democratic Senator Elizabeth Warren in a speech at Suffolk University Law School, have provided a glimmer of hope to the many Americans struggling with student debt.

Senator Warren affirmed a strong position on a number of student loan issues.

Warren has previously pointed out that she thinks it is immoral for the federal government to turn a profit on student lending.  Critics argue that student loans are the riskiest venture in public spending because of high default rates.  However Warren continues to cite the highly criticized profit numbers that most recently indicated the government brought in a profit of over $40 billion in the last year.  These profits would rank just below Apple and Exxon, making the Department of Education the third most profitable corporation in America.

Senator Warren, a Democrat, took a stand against President Obama’s recent proposal to cap the public service loan forgiveness program.  In response to an audience question, Senator Warren stated that “I’m not a fan of capping.  We should be encouraging every young person to spend some time in public service.”  However, she did go on to say that fighting this cap is “not the number one, first thing we’re going to work on.”

Senator Warren also expressed an interest in restoring student loan bankruptcy protections.  As the law currently stands, it is extremely difficult for a student loan holder to have their loans discharged in bankruptcy.

Changing the bankruptcy laws would arguably force lenders to be more responsible in their lending and to work harder with existing borrowers at finding a solution to their student loan issues.  However, changing bankruptcy laws also could mean that it would be harder for some students to find student loan lenders.

Senator Warren seems to be among the most outspoken leaders in Washington on the subject of student loans.  The good news for borrowers is that Senator Warren is in a position of power, has a reputation as a cable consumer advocate, and fixing student loans is a priority of hers.  The bad news is that since her election in 2012, Senator Warren has yet to get any changes to student loans passed into law.