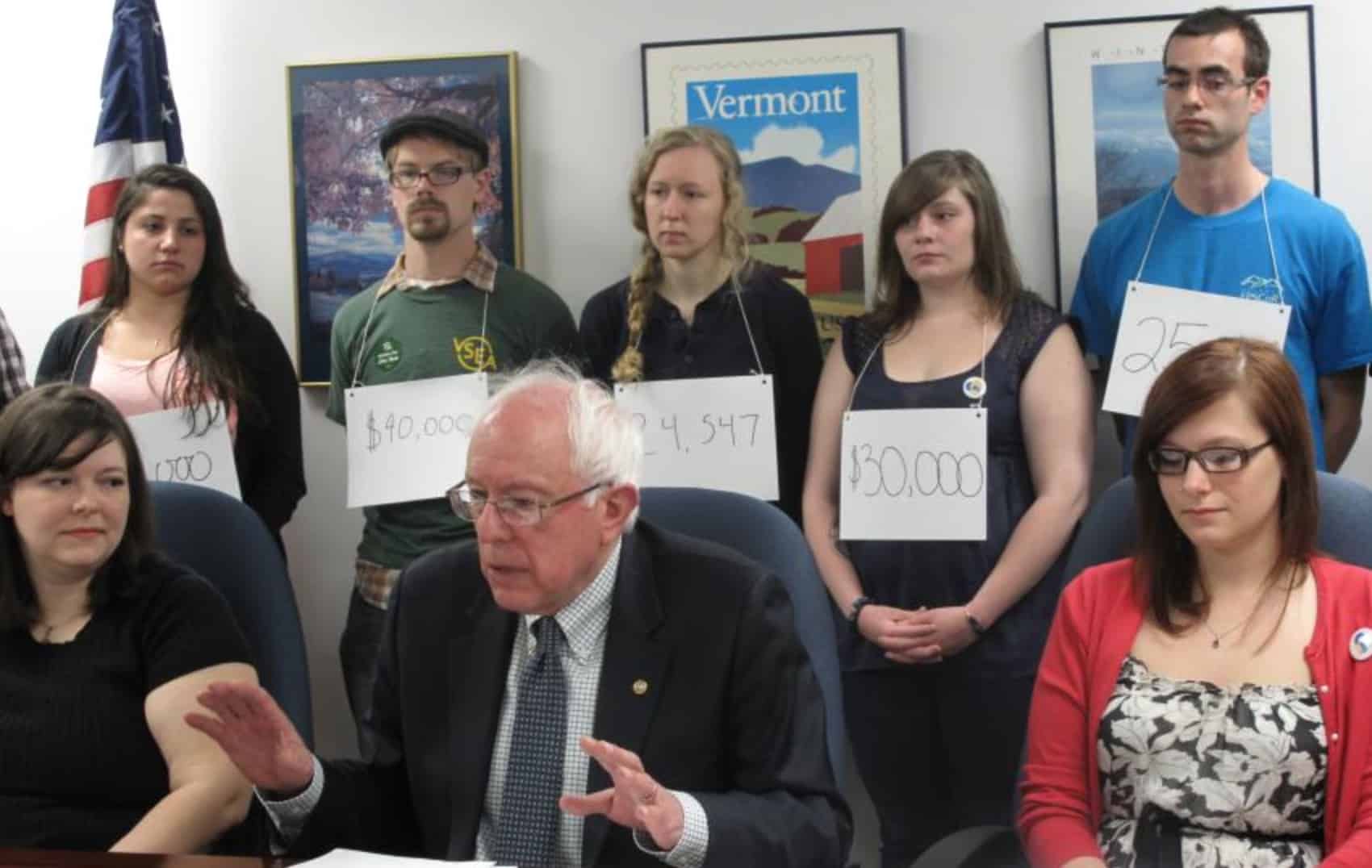 As part of his “revolution” in higher education, Sanders biggest idea was to make college free at all state schools for two years.  This proposal comes on the heals of President Obama’s plan to make community college free.  Sanders also called for reforms in student loans, though his official Senate press release did not offer details.  He did, however, say he was in favor of lowering interest rates for people with existing student loans.

In a highly competitive global economy we need the best-educated workforce possible. Yet, because of the high cost of higher education, many bright young people can no longer afford to go to college and millions of others are leaving school saddled with debt. This is absurd. This is absolutely counter-productive to our efforts to create a strong economy.

Sanders goal appears to be to help the United States be more competitive compared with the rest of the world from an education perspective.  He notes that the US was once the world leader in percentage of people with college diplomas, but most recently the US had slipped into 12th place.

He went on to say, “In the United States, all people who have the desire and the ability should be able to receive all the education they need regardless of their income. This must be done not only to rebuild the disappearing middle class but to make us competitive in the global economy.”

Perhaps the most surprising part of Sander’s proposal was the lack of attention it received.  Bernie Sanders may not be the most influential Senator, but with so many Americans struggling with student loans, the silence is deafening.

Sanders is one of a very small group of people who actually holds the authority to change student loan laws and to direct the national discussion.  Though is idea was somewhat vague, the fact that it received almost no attention whatsoever is a bit of a shock.  His office put out the release in mid February, and he unveiled it in front of a crowd of college students.  By late March, the idea of two years of free college at all public schools seems dead on arrival.  From the moment it was suggested, the idea received almost no attention.

Even if this was a policy initiative that had zero chance of becoming law, shouldn’t the thousands of Americans who stand to benefit have spoken up?  Where are the parents worried about funding their child’s education?  Where are the State schools concerned about the funding they are not receiving?

Making the first two years of college free could be a game changer in higher education.  Instead, it is a missed opportunity for many, and an example of why the Senate has done so little to help fix the problems of funding a college education.