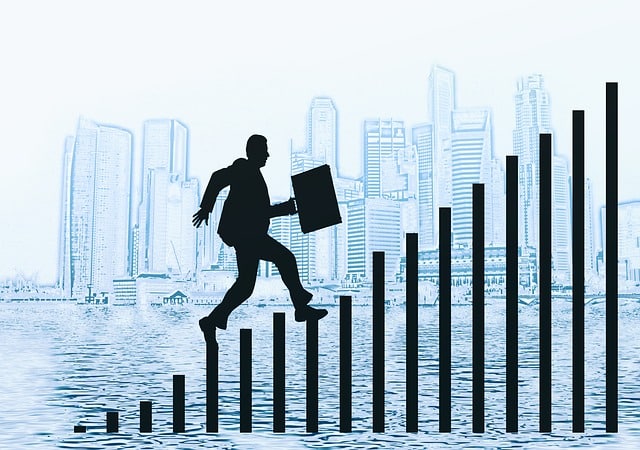 Those who don’t learn from history are doomed to repeat it.  In the world of student loans and higher education, we are seeing unprecedented college costs, debt levels, and delinquency rates.  Though history does not offer much insight on this particular problem, lessons from the sub-prime mortgage crisis can certainly apply.

A Very Brief History of the Sub-Prime Mortgage Crisis

Historically, home ownership has always been a safe long term investment in the United States.  In 2004 and 2005 sub-prime mortgages were growing increasingly popular.  A sub-prime mortgage is one that is typically given to someone with credit that would not otherwise qualify for a conventional mortgage.  By 2006, nearly a quarter of all new mortgages were sub-prime.  Many homeowners signed up for these mortgages, often requiring monthly payments that they could not sustain in the long term.  Some unscrupulous lenders assured the would be home owners that they should get these mortgages now.  They said the value of the home will go up, you can refinance after a couple of years when you have built some equity in the house.  They said it was better to buy now.  They argued that this was smart debt to to acquire.

While this dangerous lending was going on, banks were enjoying a period of deregulation.  Many banks made risky investments without maintaining enough assets to survive if their investments did not perform.  One such investment was in mortgage backed securities.  These mortgage backed securities were comprised of many sub-prime mortgages.  They were valuable assets when people were making their mortgage payments, but when the payments stopped, they soon became toxic.

As the market corrected for the artificially high housing prices, people who were expecting their mortgage bills to go down started to miss payments.  Their mortgages went delinquent and eventually they were foreclosed upon.  The growing number of foreclosures lowered already dropping housing prices and made the situation even worse.  Banks that were heavily invested in mortgage backed securities began to fail or need bailouts.  Funds for small business loans and other types of loans began to dry up.  The recession in the United States triggered a worldwide recession.

Due to artificially high prices on homes, the market corrected itself.  As a result of the sub-prime mortgage crisis, home buyers have become much more careful when it comes to buying a home.  Lenders too have exercised more judgment before offering a mortgages.  This greater responsibility has stabilized the housing prices and though levels are not at their previous highs, they appear to be slowly recovering.

Comparing the Mortgage Crisis to the Student Loan Crisis

The comparisons here are perhaps best explained by a series of charts.  Up first, a graph that shows the unnatural growth of sub-prime mortgages.  Note how low the values were in the late 90’s and how much higher they were less than a decade later.

Now we will look at the total amount of student loan debt.  Here again we see low levels in the early 2000s and less than a decade later we see significantly higher levels.

Sometimes growth can be easily explained.  If we were look at historic values of apple stock we might be able to attribute large growth to the ipod or iphone.  In the case of the sub-prime mortgages, there was nothing of substance to justify this growth and as a result they crashed.  Now look at student loans, is there any reason to explain why as a country we only had about 300 billion in student loans 2004 but in 2013 we now have over a trillion dollars?  Is an education three times more valuable than it was a decade ago?  Or are we headed to a market correction?

Perhaps you are thinking these are apples to oranges comparisons.  Lets shift our attention to delinquency rates.  In the chart below we see a spike it mortgage and home equity loan delinquency at the beginning of the mortgage crisis.  The failure of these loans led to delinquency on credit card and auto loans during the recession.

Now look at the recent spike in student loan delinquencies.  Given the devastating effects of the mortgages on the economy, can we really pretend that student loans wont damage the economy at their current rate?

How Will the Student Loan Crisis Affect the Economy?

Our comparison to sub-prime mortgages hits a few road blocks when we try to anticipate the economic effects.  First, unlike failing mortgages, lenders will still be able to collect on student loans because it is nearly impossible to discharge student loans in bankruptcy.  Secondly, the failure of your neighbor to make their mortgage payments during the sub-prime crisis affected the value of your home.  With student loans, the value of your education is not really tied to the ability of other borrowers to pay back their loans.

Despite these key differences, we can see how the student loan crisis is beginning to affect the economy.  Borrowers who are delinquent on their loans will not be able to secure a mortgage or purchase a new car.  Because this is starting to happen on a large scale, it is undoubtedly affecting the price of homes… and at this point we are well aware of how a slumping housing market affects everyone.  These difficulties extend beyond borrowers who are delinquent.  For people who are struggling to pay their student loans, even if they are not delinquent, home ownership can be very difficult.

When prices become artificially high, like housing prices did, the market will eventually correct itself.  In many instances, the price of college does not represent its value.  The ease of acquiring student loans has exacerbated this problem.  Colleges, banks, and Wall Street are all currently benefiting from the artificially high price, so they have no incentive to stop it.  As this happens the need for a correction becomes more and more apparent.  Recently, the nations largest student loan lender, Sallie Mae, decided to split into two separate companies.  Was this Sallie Mae’s way of protecting itself from this inevitable correction?

Admittedly, there is some speculation here.  Unfortunately, we will not know for sure until it is too late.  The best we can do is look at the trends and make informed judgments.  Right now the trends seem to be pointing in a very dangerous direction.

Are We Doomed to Repeat History?

The early results would seem to indicate that we are doomed to repeat our mistakes.  Congress cannot even agree on an interest rate for student loans.  The price of college continues to rise, and lenders continue to provide loans to students who have little chance of making payments.  Legislation that would address these issues is not even being discussed in the halls of Congress.  At a certain point the bubble will pop and the market will correct these inefficiencies on its own.  When it happened with mortgages it triggered a worldwide recession, do we really want to wait until this happens with student loans?

Do you think the comparisons between the mortgage crisis and student loan crisis are valid?  What do you think will happen if we wait for the market to correct itself?