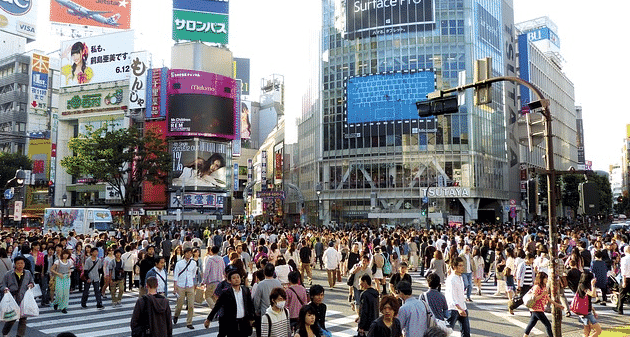 The fact that there is no shortage of student loan issues to address on this site would seem to echo the point that there are many problems with our current system.

It is worth noting, however, that things could be worse.

Today my google alert on student loans brought news from the other side of the world.  In Japan many students are giving up the dream of a college education because they cannot secure student loans.

There is ample evidence to suggest that here in the United States, the ease of acquiring student loans has led to an increase in college costs which has in turn led to record amounts of student loan debt.  Many students even regret the decision to go to school because they are now stuck with student loans they cannot afford.  I know many who might even wish that our loan situation looked more like Japan’s, because then they wouldn’t be buried by student loan debt.

It is no secret how devastating the US student loan crisis is on such a large portion of our population.  However, Americans are given the opportunity and the choice to attend college.

Admittedly, many may have received some bad information when making their choice, and it may be limiting their current opportunities, but at the end of the day the decision was theirs.

Contrast that to Japan.  Almost two-thirds of the homes surveyed had children who wanted to attend college but couldn’t due to a lack of funds.  The decision was taken out of their hands and attending college became an impossibility.  We have our fair share of higher education problems here in the US, but rarely do students with a desire to learn find themselves in a situation where they cannot attend any college.

In short, why do I prefer our troubled system over the alternative?  Because I’d rather regret attending college than regret never having had the chance to go.

Readers:  What are your thoughts?  Would you rather be in a country with too many student loans or not enough?

That is terrible! I kept running into the .25% wall as well. My luck didn’t change until I stopped talking with customer service people and spoke with people in the collections department. They have far more authority to help.

The Student Loan Sherpa
Reply to  The Sherpa

I think everyone agrees that there is a need for some reform. It might be beneficial to us all to take a look around the world to see what other countries are doing… this is one direction that I don’t want to go in.

I agree there’s value to the opportunity, but think folks don’t put enough effort (or thought) into what they’re signing up for with the current system. Countless 17 year olds just sign up blindly for thousands of dollars even before knowing the direction of their education. So I think learning about alternatives and thinking about the value of the particular degree they want would be a very helpful change.

We certainly do need people to start doing this. The sad part is that it wasn’t always that way. As a result, lots of people still use the old thinking in a new economy and it causes a lot of problems.

Japan has always been a good indication of what’s to come to US. Students need to be more educated about getting loan for their education. Only field with good job market should allowed student loans and it shouldn’t be extended to everybody in every field. One of the reason why US is in debt.

I get where you are coming from with this comment, but then the question becomes, how do we know what the fields are with good job markets?

I am completely in agreement with you. Giving options to students who want to pursue a degree, even those in fields which are important but might not be lucrative, is a boon for society. I’d rather educate parents and youth about how best to deal with student loan debt, how to save for college, and how to select a school that can minimize costs, than to simply give out fewer loans and restrict access to higher education.

The Student Loan Sherpa
Reply to  Done by Forty

Thanks! For all the flaws in our student loan system, the one thing I would say we do well is provide access to higher education.

Fit is the New Poor

Agree. As a higher education administrator, I see a lot of international students from Asia who want to study (especially abroad where education is more regulated and respected) but cannot because of the lack of funds. Many rely on family members in the US to apply for personal loans for them and then slowly pay them back. Such a shame considering these are some of the best, brightest, and most motivated students.

The Student Loan Sherpa
Reply to  Fit is the New Poor

It really is sad when talented people don’t get to realize their potential due to lack of opportunity.

I expected Japan to have free education like the Scandinavian countries! Surprised they have to pay for an education.

I don’t have a problem with paying for education, but the situation here is simply out of control.

It is definitely out of control here, I’m just glad its not worse.

I feel fortunate that neither one of us borrowed a ridiculous amount. We were also able to pay it back fairly quickly. But that was years ago. Things have grown out of control since then and it’s much harder to graduate without a lot of debt these days.

There is no doubt that things have really spiraled out of control lately.

I really couldn’t disagree more. I mean, of course, the core problem is that college costs in some countries are too high — it’s the case for both the US and Japan. Japan having more strict guidelines in place for kids to take out tens of thousands of dollars in loans though is not something I would call a ‘lack of opportunity.’ I had the ‘opportunity’ to go to college for 4 years, at the expense of 10 years afterwards of living paycheck to paycheck and missing out on the opportunity of living a normal life, saving, buying a home and so much more. Opportunity lies still in if a young adult couldn’t afford college, they could work for a few years and then go to college. That’s what it should be like anyway, but no 18 year olds make that responsible decision when they could otherwise be handed $15k a year just like that. Laws in place to prevent massive debt that could ruin a persons life for years have the right idea — even if that means a poorer student would have to wait a few years. Giving a poor student a load of debt is not the way to solve the problem.

Well said Kayla. I disagree with your conclusion, but I think what you said is all true. It seems an entire generation is putting off the traditional American dream (getting married, having kids, buying a house) because of student loan debt. In many ways the deck is stacked against us. But I still think I would rather have all these problems instead of the Japanese system.

Interesting perspective. I agree it’s nice to have the opportunity to go to school and have student loans. I think what needs to happen on a global level is education and student loan reform. No easy feat!