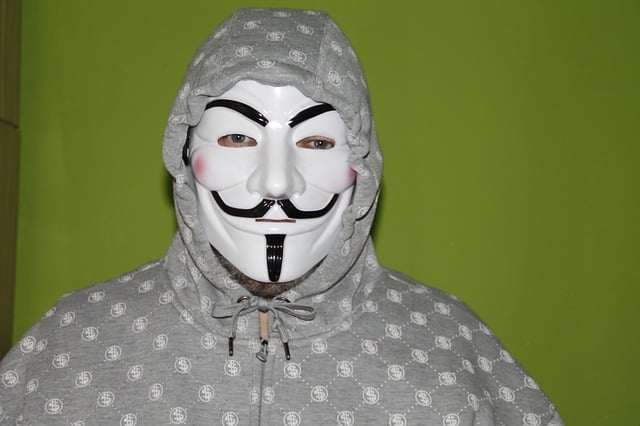 To the surprise of nobody, twitter liked the idea…

@TheAnonMessage they have me in their debt for 100k – end my slavery #OpSallieMae — Brent Grooms (@lbrentgrooms) January 16, 2015

Some borrowers were quick to point out that Navient might now be the better target:

Others wanted their student loans targeted too…

In fact, nearly a week after the original tweet, people hold out hope that something will happen.

Could Sallie Mae Really Be Hacked?

The answer here is probably yes and no.

Hackers, especially those affiliated with anonymous, have shown the ability to take down some major sites.  Sallie Mae has probably spent a great deal of time, effort, and money into making sure their site doesn’t get hacked.  That being said, it isn’t impossible.

However, hacking a site and deleting debt are two very different things.  Even if anonymous could take down Sallie Mae, it doesn’t mean all the borrower data would be deleted.  This data is likely stored across many locations, some of them possibly offline.  Sallie Mae might even keep hard copies of lender agreements in case of a major cyber attack.

Hackers might be able to find a way to make your bill harder to pay/give you a great excuse for missing a payment… but getting it all to disappear is an entirely different challenge.

It is definitely fun to dream about a world where activists could eliminate all of your student debt with a few keystrokes.  There is probably also plenty of schadenfreude in the fantasy of Sallie Mae going down.

Unfortunately, if your student debt management plan is dependent about hacker intervention, it is probably ill advised.

“Sallie Mae has probably spent a great deal of time, effort, and money into making sure their site doesn’t get hacked.”

What would make you think this? A giant company without a technical focus is usually a security nightmare (see: Sony).