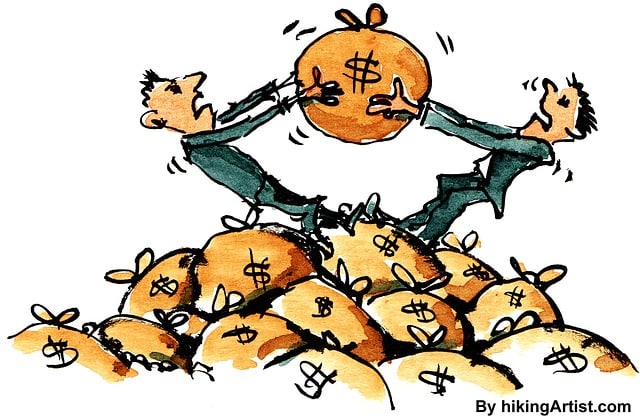 Before I start addressing these arguments, I’d first like to point out that I am not advocating wiping student debt clean or making college free.  While those are interesting discussions to be had, my plan for student loan reform would call for much more nuanced, cost-effective changes aimed at getting the market to correct itself and running more efficiently.

1) You signed the student loan agreement, you deserve the consequences.

This seems to be the go to argument for people opposed to any sort of student loan reform.  In theory, it is logical.  People signed a contract to borrow money and pay it back, and until every penny is paid back they owe that money.

One flaw in this line of thought is that student loans are not simple agreements.  Interest rates can be variable, details on repayment plans are sketchy at best, and lies are told to add dollars to the coffers of some lenders and schools.  In a world where millions of teenagers are misled about student loans being “good debt” and how college is the only way to succeed, its hard to argue that they had a meaningful choice when it comes to these student loans.

Next, we address the subject of “deserved” consequences.  It seems especially cruel that the consequences of student loans are far more harsh than any other form of debt.  If you take out a large loan to pay for a business and it fails, you can declare bankruptcy and start fresh.  Some even applaud businessmen like Donald Trump for taking advantage of bankruptcy laws on multiple occasions.  If you can’t make payments on your house, your car, or your boat, you can get back to even through bankruptcy.  While bankruptcy certainly isn’t easy and has its negative consequences, it’s much better than being stuck with debt you never will be able to pay back.  In fact, the only debt that is treated like student loans is child support.  What possible reason is there that people who tried to better themselves by getting a college education are treated the same as “dead beat dads” yet Donald Trump’s companies get to declare bankruptcy on four separate occasions?

2) Why should my tax dollars bail out a bunch of spoiled college kids?

As Americans, many of us despise freeloaders.  We are appalled by the “welfare queens”; we are disgusted when someone takes advantage of worker’s compensation; and we are outraged that we pay for prisoners to have cable when we won’t even pay for it in our own home.

The reality of student loans is much different.  Nobody would argue that someone like Colleen is trying to game the system.  There are many like her; honest Americans working hard and struggling to get by.  They are not looking for a free ride, they just want to make an honest living, and have the possibility of one day retiring.

3) As a nation, we simply cannot afford student loan reform.

Even if you don’t buy the argument that there are deserving borrowers of your tax dollars, the economics would indicate that spending tax dollars to address this debt is better in the long run.  There is ample evidence to suggest that student loans could have us spiraling deeper into recession.  Regardless of the end result of the student loan crisis, there can be no debate that millions of Americans are delaying the purchase of a house or new car because of student loans.  This stagnates the economy and hurts everyone.  In the current recession we have all learned how a deflated housing market hurts everyone.  People who want to get a fair price for their homes should be among the biggest supporters for student loan reform.

4) I paid for my education, it’s not fair for others to get student loan help.

If there is one lesson that everyone who has struggled with student loans has learned, it is that life is not fair.  Whether you paid for college with your own salary or with scholarships, this is an accomplishment that can never be taken away.  And while it may seem that student loan reform is letting others off the hook, the reality is that no matter what happens they will still be making great sacrifices.  Graduating without debt is a tremendous feat, but its no reason to inflict decades of debt and despair upon others.

The Argument I Can’t Refute

In my research for this article, I reached out to a number of people on Facebook asking about their reasons or reasons they had heard in opposition to student loan reform.  They were incredibly helpful, but much to my dismay, I got one argument against reform that I cannot refute.  As a lawyer and someone with expertise on student loans, I thought I could dispute anything that came my way.  I’m ashamed to say I have no argument to this one reason to keep the law exactly as is:

The government, schools, lobbyists, and lenders all benefit financially from the current system.

In the United States, people owe over a trillion dollars in student loan debt.  With this much money changing hands, many people are getting rich.  It should come as no surprise that many rich people do not want the student loan laws to change.  Therefore, changing them in a meaningful way will be very difficult.

How do you feel about student loan reform?  Do you agree with my arguments or am I wrong?