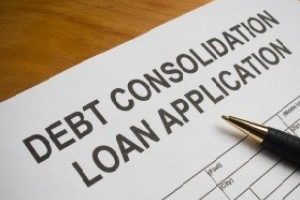 In 2013, I consolidated my student loans with MyFedLoan. For an all-too-brief period, I thought I had addressed all of my student loan issues. MyFedLoan paid off all my many smaller loans and turned them into one giant loan.

But then, the letter came. MyFedLoan was writing to inform me that I had one month until my first bill of over $2,000.00 was due!  In retrospect, I should have just done my best to remain calm when I saw that amount. Instead, my heart raced, I panicked, and I feared that I didn’t qualify for the Income-Based Repayment plan (IBR) for which I had applied. Goodbye house, good credit, and life as I knew it! I began to contemplate how long I could live on ramen noodles alone.

I immediately called MyFedLoan, hoping there was an error.  Instead of the simple error I hoped for, I got several complicated ones.

A friendly MyFedLoan representative informed me that they sent this bill before processing my repayment plan application. He said that they had processed my Income-Contingent Repayment plan (ICR) application, and I would owe about $300 a month. I replied that $300 a month was much better than $2000 a month. But, I had to inquire as to why he kept calling it ICR?  I applied to IBR.

His response was, “they are pretty much the same thing. It’s just a different name based upon the loans that went in.”  I politely replied, “they are both based on income, but IBR has far better terms, and I am qualified for IBR.  Furthermore, IBR is exactly what I applied for.”

He said that their records indicated I applied for ICR and not IBR.  Knowing this mistake would cost me hundreds each month, I asked for a copy of their records.  He informed me that they didn’t have the actual paperwork, just the results.  I said, “this has to be a mistake.  How can we get this fixed?”  He said they could process a new plan application, but it would take a couple of months to get it processed.  Realizing this call was not going anywhere productive, I thanked the guy on the phone for his time and began searching for the proof that I applied for IBR.

I visited the Direct Loan (now found at Federal Student Aid) website because I applied for IBR as part of my loan consolidation through them.  There, I found copies of all of my application materials and, sure enough, there was my IBR application. I noticed that the application had forms for both IBR and ICR.  Some questions were common to both plans, and some were for each specific program. I clearly answered all the IBR questions and left all the ICR-specific questions blank. With this proof, I was confident that there was a data entry error on their end.

I called MyFedLoan again, this time with proof in hand. The girl I spoke with on the second call was far more knowledgeable than the first representative. After about 30 minutes, I was able to convince her of my story. I explained that they needed to address this issue right away because I didn’t want to delay repayment.  I knew any delay in starting repayment would delay the coveted student loan forgiveness. Once she fully grasped my situation, she said she would have to escalate my call because she lacked the authority to change my repayment plan.

Once escalated, I spoke with someone very helpful. This representative told me that I would have to resubmit everything because they did not have the original documents. However, if I faxed it all to her within the hour, she would process it that night. She even offered to call me the second it was complete. A few hours after a costly FedEx Office trip, I received a call stating that my IBR was processed and I didn’t owe them $2000 or even $300. Success at last!

Some Lessons Learned from My Experience

Some customer service people are better than others.  If you don’t get the results you are after following the first call, call back later and hope your luck improves.

The squeaky wheel gets the grease.  If there is an issue, make noise until it gets fixed. Note: This is not an excuse to be rude or mean. Keeping cool is vital.

Customer service people spend all day on the phone being told they are wrong.  Don’t just tell them they are wrong. Walk them through your logic and show them something is wrong. At the risk of sounding like an obnoxious lawyer, I say the following: Do your homework and be prepared to prove your case. You need to know what you are talking about and have the documents to back yourself up.

Has anyone ever had a similar experience with their lender?  How did you get it resolved?

I’m curious how you could go from owing $2000 per month to less than $300 per month. How much loan was forgiven?

At this point none of the loan has been forgiven. The initial $2000 payment was based upon a standard 10 year repayment plan. I switched to a plan based upon my income instead. The downside is that it takes longer to pay off the loan in full. The advantage is that it is eligible for forgiveness after 10 years of public service.

Wow, $2000 a month. At a generous 6% interest rate, that leaves you with a loan balance of around 180K for a loan that could be paid off in 10 years. You’d need a pretty amazing job for paying that off to be easier than 10 years in public service.

Excellent post. I especially appreciate the points you make about proving your position without being rude. Keep documentation of everything you do, especially in regards to financial transactions. If it is online, take screen shots of each step. If it is paper documentation and you can’t scan or copy it, take a picture with a camera or smart phone.

Thanks for the kind words Betsy! The screen shots are a fantastic idea. We have so much technology at our fingertips, and this information could come in very handy in the future.

Sounds like a challenge! I love that you took something from it, though; your learnings are spot on!

Thanks! It was very frustrating when it happened, but at the end of the day I thought to myself, “well, at least I will have something interesting to talk about on the website”

Hopefully my experiences will save some people some money in the future. If it does, then I will have been glad it happened to me.

Hey Michael, I’m on IBR as well. Do you know about any loan forgiveness program related to clergies?

I’m almost certain that your IBR payments made while you were employed by any church or religious instituion would count towards loan forgiveness. All 501(c)(3) organizations qualify, and though I don’t know if a church is technically a 501(c)(3), this work should certainly count a “public service”. Just give your lender a call and get the paperwork to have your IBR payments certified. Once you make 120 certified payments, your loans should be forgiven. Here is the article I wrote on public service loan forgiveness.

I’d be very interested in hearing how it goes with getting your payments certified. Please keep me posted!

Excellent demonstration of how hard you may have to fight to keep your rights. I’m glad your story turned out successful, but I wonder how many others would have given up before getting resolution? Far too many, I’m afraid.

That is a scary thought Melissa, but one that I think is spot on. While I am a huge fan of being polite on the phone, I think its just as important to do your own research and to question what you are told. The people you interact with are human an capable of making mistakes.

My graduate school “accidentally” took out an additional $10K in student loans for me. When I told them I didn’t need or want the loans they were unresponsive and told me it was “too late” and they’d already sent the paperwork to the loan company. Let’s just say it was a long and very difficult process that took months (and many many reps) to fix. Since then I’ve been neurotic about documentation and keeping “proof” of all of my finances and financial decisions.

That is terrible. I feel like the lenders and colleges are a bit too “chummy” with each other.

It is too bad that we have to be so meticulous about our documentation, but that is the only way to do it.

That’s a tough spot to be in. Sometimes I feel like I’m in a black hole dealing with CSRs at big financial institutions. I am in a tough spot right now where having those sorts of records would make the situation much easier.

I’m currently in a very similar situation. The difference being my consolidation application was processed wrong and the consolidation of my federal loans included two loans (Perkins Loans) which I specifically wrote in the section to EXCLUDE from consolidation. Importance being that I can apply for 5 years of deferment and eventual forgiveness of my Perkins loans due to my position in health care. All my loans were all typed very nicely with ID numbers and submitted via mail as the online application was not working. I received correspondence in the mail later on with a 10day window (came on day 7 of the 10 day window) to make modifications to the consolidation which was incorrect, and included all of my eligible loans instead of the loans I listed specifically. Being that this would be $2000 of debt I would have to pay and pay interest on, I called that day and spoke with Navient for a few hours to get these incorrect loans removed from my consolidation. They assured me all of the paperwork was submitted and would be immediately processed, that I had nothing to worry about and my consolidation would be correct when it was processed. I got my official loan consolidation information today…. Today I spent 3 hours on the phone talking to Navient and the Federal Student Aid Information Center who both stated the other was the only one who could modify these loans as they were now officially consolidated. I have my original application of which I submitted for the direct consolidation and customer service insists they are looking at my original application and we have two entirely different applications somehow. There’s nothing they can do. My loans are consolidated and there is no solution. This is fraud, my application has been tampered with, I am being forced to pay on loans of which I am providing community health services for and would otherwise be exempt from ever repaying. How does one overcome this? Why doesn’t anyone care when I provide them with original evidence? Where do I need to go to talk to the person who received my paper application in the mail as Navient claims they did, yet they have a different application than I do?