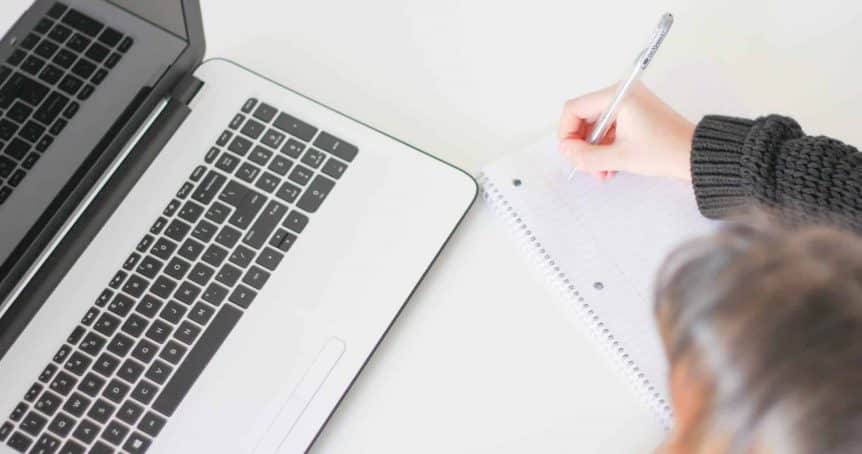 From the moment that Betsy DeVos was nominated to become Education Secretary, she has been a lighting rod for criticism and controversy.

This page has been created to allow borrowers to chronicle the various changes to student loans that have occurred under Betsy DeVos.

We will start with the most recent and work backwards…

More than 40 different student loan debt collection companies were in competition for a $400 million contract.  One of the two big winners, Performant Financial Corp., was a company that DeVos had invested in before she became Secretary of Education.

The decision was controversial for more than just the DeVos financial ties. Many were upset that the number of federal collectors was being dropped down to two.  Historically, the Department of Education had used as many as 17 different companies.

The attorney for one of the companies that was not selected made his feelings clear, “It simply does not make sense that the agency would choose to work with lower-rated [companies] with marginal ratings that do not have an exceptional past performance record.”

An Education Department spokesman claimed that DeVos had “no knowledge, let alone involvement,” in the new debt-collection contract.  Performant Financial also claimed that the company “has never had any direct or indirect contact with Secretary DeVos or anyone related to Mrs. DeVos.”

Essentially, the controversy was put to rest by changing standards and creating a system where the contract was no longer necessary.

May 2017: DeVos Announces Plans to Have One Single Student Loan Servicer

At a time when nine different companies were needed to service the 44 million Americans who have federal student debt, the Department of Education made the decision to award one single contract for servicing all of the loans.

The move immediately received harsh criticism from a number of student loan advocates.

Natalia Abrams of the advocacy group Student Debt Crisis said that the decision would create another “trillion dollar bank” and was concerned that an industry that was already out of control would get worse due to lack of competition.

Rohi Chopra, the former student loan ombudsman at the Consumer Financial Protection Bureau, pointed out that “[t]he Education Department previously relied on a single servicer, which led to major headaches for schools and borrowers.”  He also noted that over reliance on one company was a dangerous proposition, especially for such a large-scale IT project.

However, not everyone was opposed to the idea in theory.

The consequences for borrowers

Even with nine different companies tasked with servicing federal student loans, there is little incentive for these lenders to provide quality service.  The less money spent to meet their contractual obligations, the more profit for the company.  If there was just one single servicer, there would be even less incentive to provide quality service as they would be the only game in town.

Other student loan servicers would effectively be put out of the federal student loan servicing business.  Should the government ever decide to change companies, others could run into major problems getting the resources in place to handle over a trillion dollars worth of debt for 44 million Americans.

The Senate quickly drafted bi-partisan legislation that would block the contract from going to a single servicer.  The bill would have instructed the department to distribute loans to servicers based upon their performance, including measures such as borrower satisfaction.

Senator Roy Blunt (R.-Mo.), who was a co-sponser of the bill, said that “[m]aintaining choice and competition amongst student loan servicers is the best way to ensure they will continue improving services for student borrowers.”

The proposed legislation caused DeVos to change course.  The plan to have a single student loan servicer was eliminated.

Four of the companies fired filed a lawsuit against the Department of Education arguing that the “evaluation was arbitrary and flawed for drawing conclusions based on excerpts from a handful of calls.”

To put an end to the lawsuit, the Department of Education offered to start assigning accounts to the company again and to disregard the audit.  Two of the collection companies, Enterprise Recovery and Pioneer Credit, took the deal.

What does this mean for borrowers?

While this outlook may be accurate, it is hard to say for certain as the move to end the lawsuit may have been the best approach in the long run.

The big takeaway from this news item for borrowers is that this should be a reminder that the debt collection companies have significant power over borrowers and limited government oversight.  Avoiding collections should be a major priority, and with income-driven repayment plans, no federal borrower should ever face collections.

During the Obama Administration some borrower protections were put into place to help ensure that borrowers were getting accurate information from their student loan servicers.  Rejecting these requirements, DeVos said, “This process has been subjected to a myriad of moving deadlines, changing requirements and a lack of consistent objectives.”

Why make this move?

The new approach seems to subscribe to the theory that less regulation will increase efficiency.  If student loan servicers are constantly dealing with red tape, they cannot be helping borrowers to the best of their ability.

The problem with the DeVos approach is that student loan servicers are not competing for customers.  Federal borrowers are assigned specific servicers and have little or no control over the company in charge of the debt.  As a result, the only incentive for the servicers is to meet the minimum requirements and maximize profits.  Happy consumers are not a part of the equation.

If the Department of Education mandates better service from the student loan servicers, things might improve for borrowers.  If the bar is set low, borrowers can’t expect much help from their servicers.

March 2017: Trump Administration Pulls Back Protections for Borrowers in Default

The Department of Education revoked existing federal guidelines that prevented student debt collectors from charging high fees on loans that were past-due. The move was especially controversial because it came just days after a report showed a double-digit rise in federal defaults.

Prior to the instructions from the Department of Education, collection agencies were forbidden from charging fees for up to 16 percent of the principal and accrued interest owed on the loan if the borrower agreed to enter the government’s loan rehabilitation program within 60 days of the default.

The decision did not impact all borrowers with loans held by the Education Department.  However, the nearly 7 million borrowers with FFEL loans would be affected.

The Department of Education withdrew the guidelines because they were put into place “without providing prior notice and an opportunity for public comment on the issues.”

The absurdity of the move…

It isn’t that unusual for a government agency to pull back on guidelines if they are issued and prove to be highly unpopular or a mistake.  When this happens the agency can seek out public input.

Using the lack of public comment as an excuse to eliminate the borrower protections seems ridiculous.  Do Trump, DeVos and the Department of Education really think that there are people out there who want the federal debt collectors to be able to make more money from student loan borrowers in default?

January 2017: DeVos is Narrowly Confirmed by the Senate

The Betsy DeVos confirmation hearings were anything but smooth sailing. In fact, they went so horribly that two Republican Senators said they would not vote in favor of DeVos becoming Secretary of Education.  As a result, Senate Majority Leader Mitch McConnell had to move up the confirmation hearing so that Senator Jeff Sessions could vote in her favor before he became Attorney General Jeff Sessions.  The 50-50 tiebreaker was broken by Vice President Mike Pence.

What made the DeVos confirmation so difficult?

There were a number of issues that were raised during her confirmation hearings, but two in particular stand out.

DeVos ties to student debt collection agencies were a red flag. The private investment firm of DeVos and her husband, RDV Corporation, had significant financial ties to a debt collection agency in business with the Department of Education.  As Education Secretary, one of the many responsibilities is oversight of existing government contracts and awarding future contracts.

Why were these items a problem?

Regardless of party, all Americans can agree that we want leaders who are competent in their positions and who act on behalf of the American people, rather than their self-interests.  These two student loan issues raised during the DeVos confirmation hearing would demonstrate that she doesn’t have a grasp of the student loan issue and that she has large financial incentives for insider dealing.