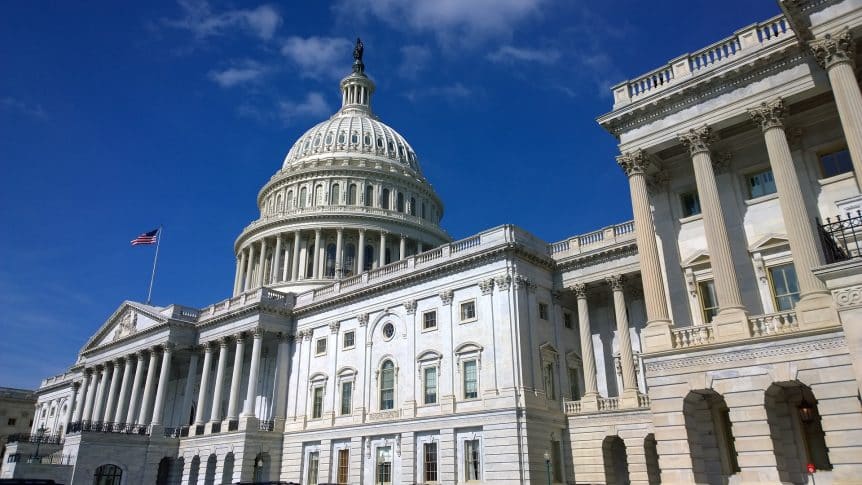 Though the Affordable Loans for Any Student Act of 2018 won’t win awards for best named legislation, it packs a serious punch that would help a ton of federal student loan borrowers.

If passed, the Senate Bill would arguably be the biggest change to student loan repayment in over a decade.

Here are six of the more noteworthy changes:

The new system would drop the repayment options down to two:

Simplifying things would do more than just make things less confusing.  The new proposed Income-Based Repayment Plan could dramatically lower payments for many borrowers.  A 20-year forgiveness window could also result in more debt being forgiven.

Many borrowers are confused about how their balance can grow so quickly, even if they were making payments.

A common explanation for loan balances growing out of control is interest capitalization and loan origination fees.

Interest capitalization occurs when the interest that a loan generates is added to the principal balance.  It may sound like accounting nonsense, but it can be really expensive to borrowers.

When interest is capitalized, it means a borrower starts paying interest on the interest.  This is a recipe for loans spiraling out of control.  It is way borrowers need to understand interest capitalization and ways they can avoid it.

Origination Fees are added to the balance of a loan the day it is borrowed.  If a borrower needs $10,000 for school and they get a loan with a 5% origination fee, it means $500 will be added to the amount owed from day one.  This $500 also generates interest from day one.

Many private lenders no longer charge origination fees, so it would seem appropriate for the government to do away with this practice.

One of the headaches of being on an income-driven repayment plan is that borrowers need to “certify” their income on a yearly basis.

The certification process is normally completed by the borrower sending in a recent pay stub or authorizing the Department of Education access to their most recent tax return.

While certification isn’t particularly difficult, if a form is filled out wrong, or a borrower misses a deadline, it can trigger interest capitalization… which we know is expensive.  Worse yet, sometimes the loan servicers get backed up and processing Income Certification requests take longer than expected.

These delays also delay multiple types of student loan forgiveness.  Making the process especially shady is the fact that loan servicers are paid by the number of borrowers they service each month.  If a borrower’s debt is forgiven, the servicer collects less money from the government.  Thus, the loan servicers have a financial incentive to delay student loan forgiveness for the borrowers.

Automating income certification would be easy to set up, save money on processing costs, and be far more fair to borrowers.

4. Replace Deferments and Forbearances with a “Pause Payment”

We’ve noted in the past that deferments and forbearances were a bad idea for many borrowers, the proposed changes would make them a more viable option.

A promissory note is an old legal term that most people in the general public rarely use or need to understand.  The Master Promissory Note happens to be the key document that all federal borrowers must sign.

A title change won’t make a huge difference in life with student debt, but if it helps a few people to make more informed decisions, it is a step forward.

The federal government has many different tools at its disposal for collecting student loans in default.  These tools include wage garnishments and withholding tax refunds.

In many cases, borrowers in default have to pay more each month than what they would have if they were enrolled in an income-driven repayment plan.

The new legislation would limit monthly collection on defaulted student loans to 10% of the borrowers adjusted gross income.

The federal government would still be able to collect the debt, it would just limit the impact on borrowers who are already struggling.

A Bigger Bill for Taxpayers?

Some people like to argue that saving borrowers money is the same as costing taxpayers extra money.

To a certain extent, this logic is sound.  The less a borrower pays to their lender, in this case the United States, the less the lender profits on the loan.

The reality is that student loan repayment and student loan law do not easily boil down into a zero sum equation.

For starters, most citizens would agree that the government should not be lending student loans in an effort to generate income for the United States.  Loan origination fees, interest capitalization, and complicated repayment rules all serve to generate more income on the loan at the expense of the borrower.

Economically, providing borrowers with a realistic path to student loan repayment would be great for the economy.  Many borrowers delay home ownership or starting a business due to their student debt.  If federal student loans were more manageable, it would be a driving factor for the economy.  The concept is similar to the way it is often argued that tax cuts for businesses help the economy because it allows hiring more workers and investment.  In the case of student debt, manageable payments would certainly lead to more home sales and small business growth.

Will the bill pass?

The Affordable Loans for Any Student Act of 2018 has an uphill battle.

Savvy readers will note that all of the sponsoring Senators have a D behind their name.  With Congress and the White House currently controlled by Republicans, immediate passage is probably a long shot.

However, the bill contains many sound ideas.  Future legislation may “borrow” some of the language from this bill.  The Affordable Loans for Any Student Act of 2019 or 2020 may be the one that ultimately passes.

Borrowers interested in the passage of this legislation should contact their representatives to express their support.  Borrowers should also make sure to vote.  The more student loan borrowers show up to vote, the more incentive Congress will have to act on their behalf.