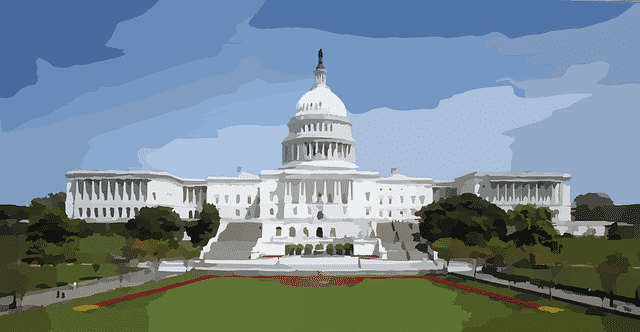 President Obama was in vintage campaign trail form during tonight’s State of the Union.  He touted his accomplishments, and took Republicans to task for the failings of Congress.  Unlike last year, when student loans were largely ignored, they played a bigger role in the 2015 State of the Union.  In fact, the President used one young family as a metaphor for American.  He talked about their tough times and how things have improved.  He also pointed out that they still have a ways to go.  One issue that the young family, and America, must still deal with is student debt.

Obama’s biggest idea on higher education was actually shared in the weeks leading up to the State of the Union.  Specifically, he wants to make two years of higher education free for all Americans.  Even though free community college wouldn’t directly help those already burdened by student debt, it could be a step forward.

In support of his plan for free community college, President Obama pointed out that in the future, “two in three job openings will require higher education.”  He also noted that community college is already chosen 40% of the time.  His goal is for “community college as free and as universal in america as high school is today.”

The President made sure to point out that his plan was modeled after the Tennessee Promise, signed into law by a Republican governor.  It will be interesting to see how much support this proposal gets in the coming weeks.

It is also worth noting that the President made very few specific policy suggestions.  Most of the speech seemed to be dedicated to ideals that he held and goals for America.  The fact that free community college was one of the few specifics offered could indicate that the White House is either very optimistic about this proposal, or that it is one that they are prepared to dedicate a lot of time and effort towards.

President Obama’s plans for student loans were vague at best.  He did say that he wants to work with Congress to “reduce monthly payments so that student debt doesn’t derail anyone’s dreams.”  This language may sound promising to some borrowers, but it is worth noting that last year he made almost the exact same comment.  In 2014 he said that “I want to work with Congress to see how we can help even more Americans who feel trapped by student loan debt.”

In 2014 we saw very little activity between Congress and the President on student loans and the language of the 2015 State of the Union doesn’t really offer much hope for things being any different this year.

The 2015 State of the Union saw a bolder President Obama with some lofty goals, but few specifics.  He seemed to recognize that student loans were an issue in many homes, but didn’t really offer a plan to help struggling families.

I don’t think you can rely on anyone other than yourself to pay off your loans. You have to be proactive and find ways to pay it off.

With the current divide between Republicans and Democrats in place, it’s plain that just about anything can be said but will probably not be put into place. Obama could have stood up there and proposed giving a gold bar to every American, knowing full well that it would never happen. Knowing that it was pretty much a dead-end speech, I have seen very little commentary in social media or detailed media response compared to SOTU in years past.

The ideas are beautiful, putting them into practice – not that simple.

President Obama’s plans was great for the students. I am agree with you that he didn’t really offer a plan to help struggling families. It should be practical about the student loan.